You’ve probably heard the name, but did you know that ashwagandha is more than just an energy-booster?

As it happens, there are a lot of potential benefits to using this plant, whether you’re male, female, or something in between.

In order to figure out if you could benefit from ashwagandha, you should get acquainted with how it actually works. Before getting into the details, though, it’s time for a few quick facts:

Table Of Contents Show
Why People Love Ashwagandha?
The Connection Between Ashwagandha, Cortisol, and Melatonin
Benefits of Ashwaganda
What’s the Best Way to Take Ashwagandha?

In order to understand this plant’s popularity, you have to take a look at Ayurvedic medicine and related systems.

Take Yoga, for instance: the principles behind the discipline are deeply entwined with Ayurvedic teachings, and some even call them “sister practices”.

How many people do you know who enjoy a yoga flow or two on a regular basis? Depending on where you live, that number could be pretty high.

Something similar is happening with ashwagandha. It originally belonged to an ancient healing tradition, but its influence is expanding to include people from every ethnicity, nationality, and walk of life.

One reason for ashwagandha’s popularity is probably obvious – it’s thought to relieve stress-related symptoms like sleeplessness and anxiety.

Just like people drink coffee because it’s supposed to give them energy, they see the list of benefits associated with ashwagandha and think “well, that looks like something I need”.

Of course, some people use the plant-based remedy as a part of their efforts at biohacking, or managing and adjusting their health strategies while tracking the results.

Given how powerful and comprehensive some people have reported ashwagandha to be, it’s a great choice for anyone who’s interested in long-term health benefits from a single plant.

The Connection Between Ashwagandha, Cortisol, and Melatonin

There’s plenty more to say about ashwagandha than simply “it reduces stress”. A lot of people have reported this effect, yes, but it’s even more interesting once you learn how it works in your body.

It all starts with the stress hormone, cortisol. Under normal conditions – and with normal levels of cortisol – this hormone would be used to give you extra energy, especially if you needed to get through a tough situation.

Your body produces cortisol when you wake up and when you exercise, which helps keep your energy up when you need it. When you don’t need cortisol, though, is when you realize that heavy traffic has made you late, or when you get an unexpected phone call from someone you dislike.

You don’t need more energy for these situations, but your body has evolved to produce cortisol in response to external stressors – so you could end up getting one cortisol spike after another, all day long.

How does melatonin (the sleep hormone) fit into the picture? Well, if your body is making extra cortisol, it won’t be producing melatonin at the same time.

This means that if your cortisol stays high well into the night, it’s going to prevent sufficient melatonin production, and you’re going to have an awfully hard time falling asleep.

But what happens if you add ashwagandha to the equation? Studies have associated ashwagandha with lowered cortisol levels.

And if your cortisol regains balance, not only will you have a milder stress response to things like traffic, spilled syrup, or a passive-aggressive co-worker, but you’ll also be able to normalize melatonin production, resulting in better sleep.

You have the option to take ashwagandha as either a pill or a powder.

Pills will help you avoid the slightly funky smell, but powder is more traditional – after all, it’s not like Ayurvedic medicine has been recommending pills for the last several centuries.

You can mix powdered ashwagandha with ghee, milk, honey, tea, or just water. For a more modern twist, add it to a smoothie, or sprinkle it over a dish that features deep, earthy flavors.

It can be taken at any time of day, but most people prefer to take it in the morning, at night, or both (splitting it into two doses).

Also most people find it confusing, when to take ashwagandha before or after meal!

What you end up doing is up to you; the main thing is to be consistent. Ashwagandha takes anywhere from 15 to 30 days to take effect, so hopefully by the time you start experiencing the benefits, you’ll have found the daily routine that feels right for you.

The most common side effects are gastro-intestinal upset, headaches, and maybe some unusual sweating. If you experience any of these symptoms, try lowering your dosage; for most people who experience negative side effects, the issue turns out to be a dose that’s too high.

Pregnant or nursing women shouldn’t take ashwagandha at all, since we don’t know a lot about how it could affect them during these stages.

Ashwagandha is a plant that’s been observed to have some pretty amazing benefits, and increasing numbers of people are discovering that for themselves. The question is – will you be one of those people? 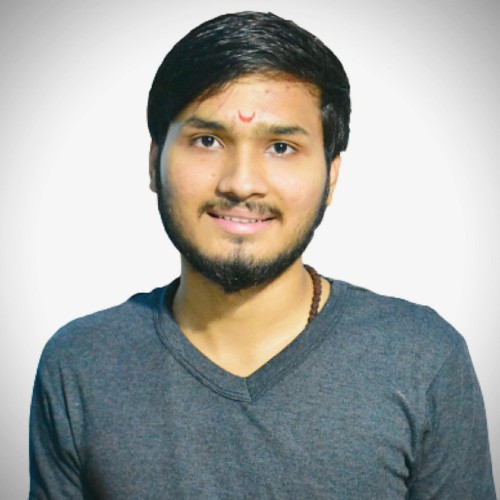 21-year-old Passionate and Enthusiastic Student of Yoga, Ayurveda, Vedas & Sanatan Dharma! Kuldeep Yele is a Certified Yoga Teacher and Yoga has been part of his life for over 8+ years, and his practice has helped him grow stronger, more flexible and fearless, both on and off the mat. Yoga Inspired him to be a Warrior in the world of Worries.